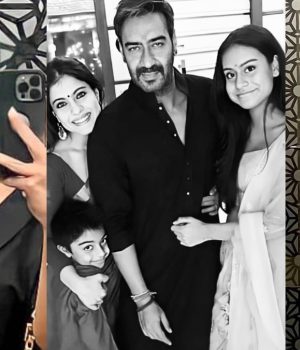 Ajay Devgn talked about his daughter Nysa Devgan’s Bollywood debut in a new interview. Nysa is 19 and currently studying abroad but the subject of her entry into Bollywood debut has been speculated upon Ajay is currently promoting his film Runway 34, which will also star actors Amitabh Bachchan, Boman Irani, Rakul Preet Singh, Angira Dhar, and Aakanksha Singh.

In a new interview with Film Companion, when Ajay was asked about Nysa’s Bollywood debut, he said, “I don’t know if she wants to come into this line. To this moment she has shown disinterest. anything can change at any time with children. she is abroad, she is studying right now.”

Nysa, currently, is studying International Hospitality at Switzerland’s Glion Institute of Higher Education. Earlier, she was in Singapore for three years during her final years of school. Last month, fashion designer Manish Malhotra shared a picture of Nysa on his Instagram handle. In the photo, Nysa could be seen wearing a dress from Manish’s collection.

Ajay got married to actor Kajol in 1999. In 2003, the couple welcomed their daughter Nysa Devgan and in 2010 their son Yug. Kajol often shares videos and photos on her social media featuring their kids.