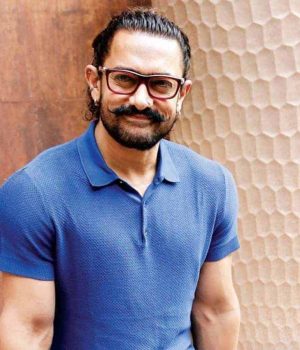 Aamir Khan recently interacted with media after a long time on occasion on his birthday today. Aamir talks about a lot of things related to his personal life from his marriage to his kids and about his career. Aamir revealed that he took his family for granted and his focus was on his career and winning the audience’s heart. He ended up investing more time in his career rather than his family.

Talking about his failed relationships Aamir Khan said that somewhere he did not shoulder his responsibilities. He said that his parents, siblings, first wife Reena Dutta, her parents, second wife Kiran Rao, and her parents, Aamir’s kids are his close ones. The actor said that when he had joined the film industry at the age of 18, he wanted to learn so much and wanted to do so much that today he realises he could not give time to those who were close to him.

According to Aamir Khan, he was trying to build a relationship with his audience and from his time to emotions he invested a lot in this relationship. The actor revealed that he took his family for granted and felt that they are going to be with him anyway hence he just focussed on winning the hearts of the audience. He revealed that in this process he got so lost that he forgot his family was waiting for him. He confesses this was his biggest mistake that he was not able to spend enough time with his kids but he does not want to blame his profession for it.

Meanwhile, Aamir Khan is all set for the release of his upcoming movie Laal Singh Chaddha opposite Kareena Kapoor Khan. This film will also see Naga Chaitanya in a pivotal role.